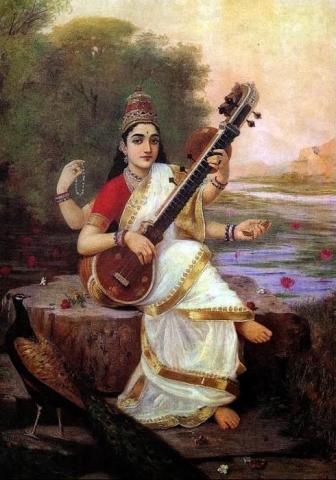 When the guitar bug hits you, one of the best things that you can do is buy a guitar, do some light research and slowly learn yourself. However, there's only so much that you can learn without also delving into music theory, the academic study of fundamentals like pitch, rhythm, harmony and form and how they are put into practice. Guitar theory is basically the same thing, only as it relates to guitar. Interestingly enough, you'll hear many players question the usefulness of guitar theory based on the following myths.

Myth #1: The Greats don't sit around studying Theory
While there are plenty of rockers who give off the impression that they've always been too busy guzzling Jack Daniels to learn music theory, the majority of these guitarists know a thing or two about the subject. Furthermore, the large majority of famous musicians worked very hard to get to where they are from both a playing and studying standpoint. So if you're avoiding a deeper understanding of playing the guitar because your idol supposedly didn't, just know that it's a facade.

Myth #2: Studying hampers Creativity
It's true that you need to strike a healthy balance between studying theory and actually playing a guitar. After all, nobody ever came to a show to watch Tom Morello read sheet music or Slash learn scales. But while these guys both might be really creative players who can improvise with the best of them, they, like all great guitarists, needed a base. So if you want to bust out truly inventive rifts, it definitely helps to study theory and learn how the basics apply to improvising.

Myth #3: I can just teach Myself Guitar
Again, it never hurts to grab a guitar and start playing when the urge strikes. But while this is perfectly okay for beginners, those who want to improve need to work some studying into the equation at some point. And while you can still become a decent player just by playing and teaching yourself, developing a strong knowledge of guitar theory will help you reach your goals much faster.

Myth #4: My Ear is All the Theory I need
All good music is created, but certain players think that they can just randomly create it through their own "trained" ear. The truth is, though, that unless you've really studied music, you don't have a trained ear. So the thought that you can produce audio gold by strumming the strings on a wing and a prayer, then you are trying to win the music lottery.

Myth# 5: My Instructor will tell me Everything
Hiring somebody to give you guitar lessons is a great step in the right direction. However, if you think that your instructor knows all, giving you the greenlight to avoid any theory study of your own, then you won't reach your full potential. Even if you have an instructor, be sure to put some of your own free time into the matter as well.