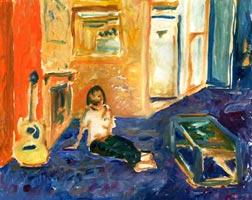 Prime Forms
All the possible chords according to their Forte Code. For a short tutorial, see http://www.composertools.com.

Addictive Drums in Sonar
Two simple programs that correct the pitch maps when converting from Add Drums to MIDI and vice versa.

Cadences
This group of routines will create cadences according to user's choice of tonality.

Chords
These programs will generate some of the chords known in the modern music. Their purpose is to allow the composer to work with no need to look for chords in other places. They will operate on already existing notes. Highlight the root of the chord and run the program.

Harmony
These programs will generate several kinds of harmony: major chords, dominants and polytonal (alpha and eta). "Autoarpeggiator" will use the notes of a given progression to arpeggiate each one of them. "Harmolod" will write the recommended scale over the chord that you choose. "Autochordal Analysis" will write the chords that you may use over a given progression.

Progressions
This group of routines will create invertible dodecaphonic progressions according to Nicolas Slonimsky's "Thesaurus of Scales and Melodic Patterns". The "Inverse" programs will create the inverse of a given progression (the retrograde already exists in the Cakewalk menu).

Random
An unusual way to make unexpected music. You just have to tell the computer what you want and it will do the job creating quantized progressions, series, slurs, staccatos and chords at variable time or in a successive order, according to your wish.

Transposers
These programs will transpose a selected progression to a chosen or customized scale.