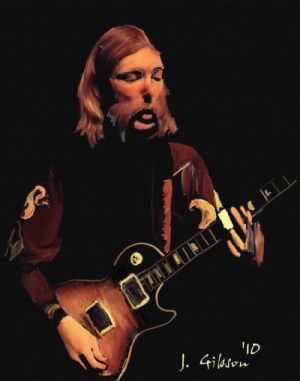 Duane Allman went from musical unknown to become one of rock's most revered guitar virtuosos, only to die a legend, all in about 24 months. He barely had time to establish his legacy, much less his name - two finished studio albums with his band, a live album and lots of shows with them (some of which, off radio, are starting to surface on bootlegs), and session work in which he played behind other artists, along with songs off of a busted solo album project.

The bulk of his reputation and legacy rests, understandably, with the Allman Brothers Band , but there were enough outside projects to justify a pair of anthology collections. Either one is the place to start musically, with the first set also containing a wonderful extended essay on his life and career, but serious fans will obviously want the entire albums from which a lot of those tracks, even the session work, were pulled.