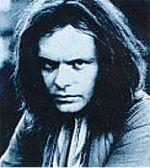 Throughout the years, rock music has been littered with talented musicians whose lives were cut short due to drug-related deaths. Free/Back Street Crawler guitarist Paul Kossoff was one such casualty. Kossoff was born in London, England, on September 14, 1950, and early on studied classical guitar (before giving up on the instrument by his teenaged years). But upon discovering the British blues-rock movement of the '60s, Kossoff's interest in guitar perked up once again, especially after catching a John Mayall's Bluesbreakers live show with Eric Clapton.

Kossoff soon purchased an electric guitar (a vintage Gibson Les Paul, which eventually become his trademark guitar) and began playing in local bands. Through one such band, Black Cat Bones, Kossoff became good friends with their drummer, Simon Kirke, who would serve a prominent part in Kossoff's musical future. Eventually feeling that the band had reached its zenith, the band broke up after the Black Cat Bones backed bluesman Champion Jack Dupree on a song called "When You Feel the Feeling."

Kossoff and Kirke set out to form another group, hooking up with vocalist Paul Rodgers and bassist Andy Fraser, the quartet decided to go by the name Free (which was supposedly christened by British blues icon Alexis Korner). Just as the new band signed a deal with Island/A&M Records, Kossoff had fully blossomed into an outstanding guitarist, renowned for his fluid, slow, and melodic leads and bluesy riffs. Free issued a pair of albums in the late '60s that went largely unnoticed - 1968's Tons of Sobs and 1969's self-titled release - as Kossoff grew slightly disillusioned by the group's lack of commercial progress and tried out for guitar openings in such groups as the Rolling Stones and Jethro Tull. But big-time success would prove to be just around the corner for Free as their 1970 release Fire and Water spawned the massive hit single (and eventual classic rock standard) "All Right Now" and helped secure the group a spot at the esteemed 1970 Isle of Wight Festival (which also included performances by the Who and Sly & the Family Stone, as well as one of the final performances ever by both Jimi Hendrix and the Doors).

But, this would prove to be Free's commercial apex as after one more release, 1971's underappreciated Highway, the group brokeup. In the wake of their split, Free's record label issued the concert set Free Live, while its members indulged in other projects. Both Kirke and Kossoff decided to stay together, forming the short-lived Kossoff, Kirke, Tetsu & Rabbit, along with bassist Tetsu Yamauchi and keyboardist John "Rabbit" Bundrick, issuing a lone self-titled release the same year. To the delight of fans, Free's split was short-lived as the quartet reunited in 1972, offering a strong "comeback" album, Free at Last.

But behind the scenes, things were in disarray: Kossoff, by this time, had developed a dangerous drug dependency, which led to Fraser's exit from the band. With Yamauchi taking Fraser's place in the lineup (and Bundrick on board for good measure), the new lineup of Free attempted to record a sixth studio album, but due to his problems, Kossoff's input was minimal (with Rodgers and another guitarist subbing in for Kossoff). When Free supported the resulting album, 1973's Heartbreaker, with a tour, Kossoff was replaced with Wendell Richardson and upon the tour's completion, Free split up once more, but this time for good (as both Rodgers and Kirke would go on to form Bad Company).

The same year as Free's swan song, Kossoff was able to pull himself together long enough to record a solo album, Back Street Crawler, which surprisingly featured contributions from his former Free bandmates (as well as Yes drummer Alan White). Happy with the results, Kossoff decided to form a full-time solo outfit, named after the title of his solo debut. In addition to Kossoff, Back Street Crawler featured singer Terry Wilson-Slesser, keyboard player Mike Montgomery, bassist Terry Wilson, and drummer Tony Braunagel and the lineup signed on with Atlantic Records to issue a total of two releases -- 1975's The Band Plays On and 1976's Second Street. But Kossoff's health kept worsening; while in a London drug rehab in 1975, Kossoff narrowly escaped death when his heart stopped beating and he had to be revived. Undeterred, Kossoff continued on his destructive path and on March 19, 1976, Kossoff died from a drug-induced heart attack while on a plane flight from Los Angeles to New York at the age of 25.

In the wake of his tragic death, a 16-track career retrospective of Kossoff's, titled Koss (after his nickname), was issued in 1977. Subsequently, several British Kossoff releases were issued in the '80s on the Street Tunes label: 1981's The Hunter, 1982's Leaves in the Wind, 1983's Mr. Big, and 1984's Croydon June 15th, 1975. The late '90s saw a renewed interest in Kossoff and another career retrospective was issued, 1997's 14-track Blue Blue Soul, as well as five-disc Free box set Songs of Yesterday, and a Free biography entitled Heavy Load - The Story of Free.